We are pleased to announce that the TP/TC portal will be functional again from 7th April 2018. However, in order to map certified candidates with Pradhan Mantri Suraksha Bima Yojna, integration process for SDMS-New India Assurance (NIA) will continue till 15th April 2018. While the Tranche 2 processing will continue as usual and Certificates generated upto 31st March 2018 will be available for download, Certificates to be generated on or after April 1, 2018 will remain on hold till the integration process is completed and the reference number is updated in the certificate. It is therefore requested that stakeholders please check the status of the portal periodically, and do not raise JIRA in this regard during this period. Inconvenience is sincerely regretted. 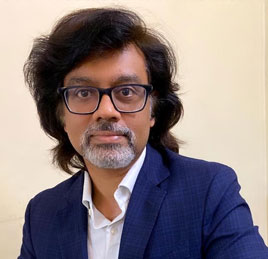 Arunkumar Pillai is the Chief Strategy Officer of National Skill Development Corporation. He plays a key role in the new initiatives undertaken by NSDC. He is responsible for the overall corporate strategy as well as NSDC’s engagements in Funding, International Collaborations, Information Technology, WorldSkills and Advisory Services.

Arun has over 24 years of work experience across various sectors including 15 years in School and Higher Education as well as Skill Development. He has worked with the government in formulation and implementation of the PPP policy in skill development. He has also held leadership roles in management consulting, education, skill development and healthcare companies. He was a partner in Ernst & Young’s Government Practice prior to his current role at NSDC.

An Electrical Engineer by graduation, he holds an MBA from IIM, Bangalore.